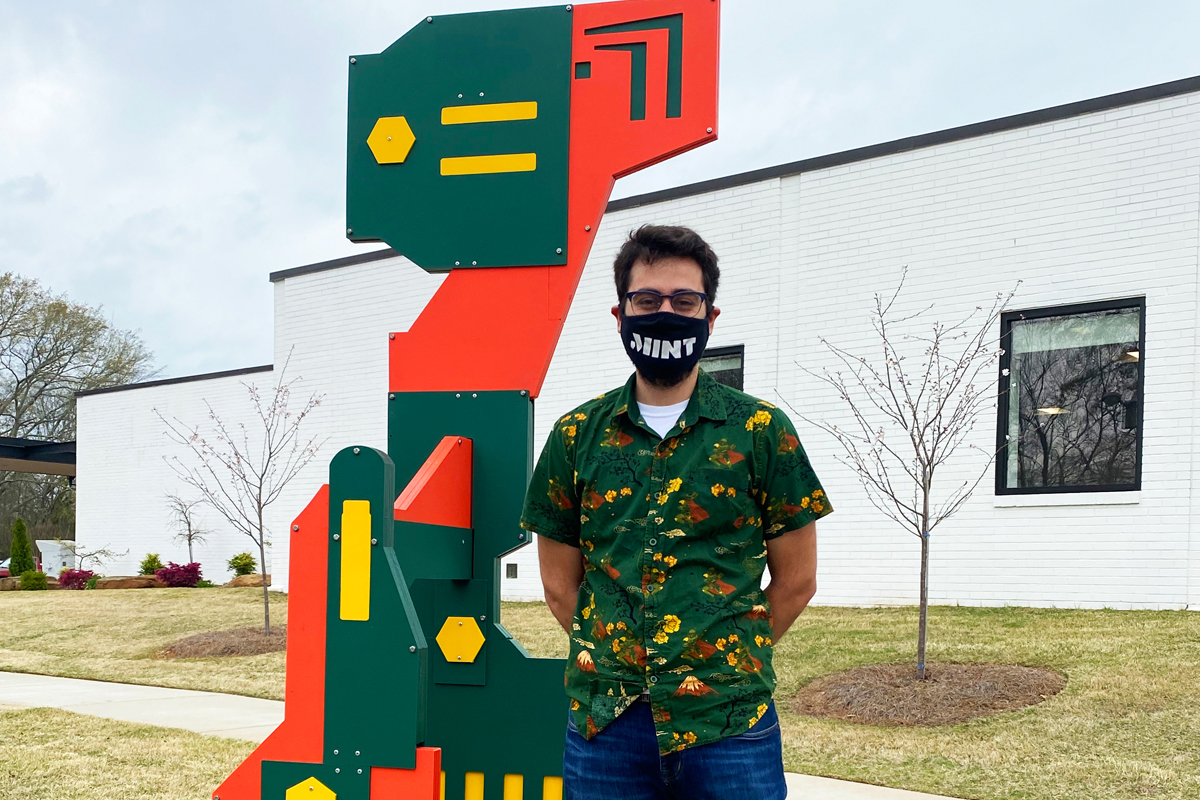 Art isn’t always found in a gallery, sometimes it needs a bigger space. And what better place for a statue called Runner to be found than outside in the open air, near the Carrollton GreenBelt? Artist Jeff Repko’s colorful structural piece can be found on the Spring Street side of the Neva Lomason Library, a few hundred yards north of the Greenbelt’s Rome Street crossing.

Runner was installed March 25 during downtown’s annual Art Takeover event as the first work in what the Carrollton Center for the Arts hopes will be an ongoing program promoting public art. It will remain on display at the library until next year’s Art Takeover event.

Runner, which was created using playground equipment, is a large, colorful and toy-like piece of architecture.

Repko combines traditional sculpting methods with modern fabrication techniques. He was an artist-in-residence at Pennsylvania Technical College and the Digital Stone Project in Italy and recently participated in the first Tough Art @ Home residency with the Children’s Museum of Pittsburgh. In 2019, he received a grant from Madison, WI, to create a permanent sculpture for one of the city’s parks. Repko lives in Atlanta. He is Assistant Professor of Sculpture at the University of North Georgia.

Repko’s sculpture’s color scheme stands out against the white of the recently-renovated library, which was originally built in 1967 and has been renovated twice before. The latest renovation, which was completed in 2020, added 10,000 more square feet of space, more meeting space, public computers, easily accessible collections, a dedicated computer lab, adult space, teen area and study rooms.

Those who haven’t been to the Neva Lomason in a while (and those who have) can visit the library and check out the upgrades while enjoying the color, movement and vision of Jeff Repko’s Runner. 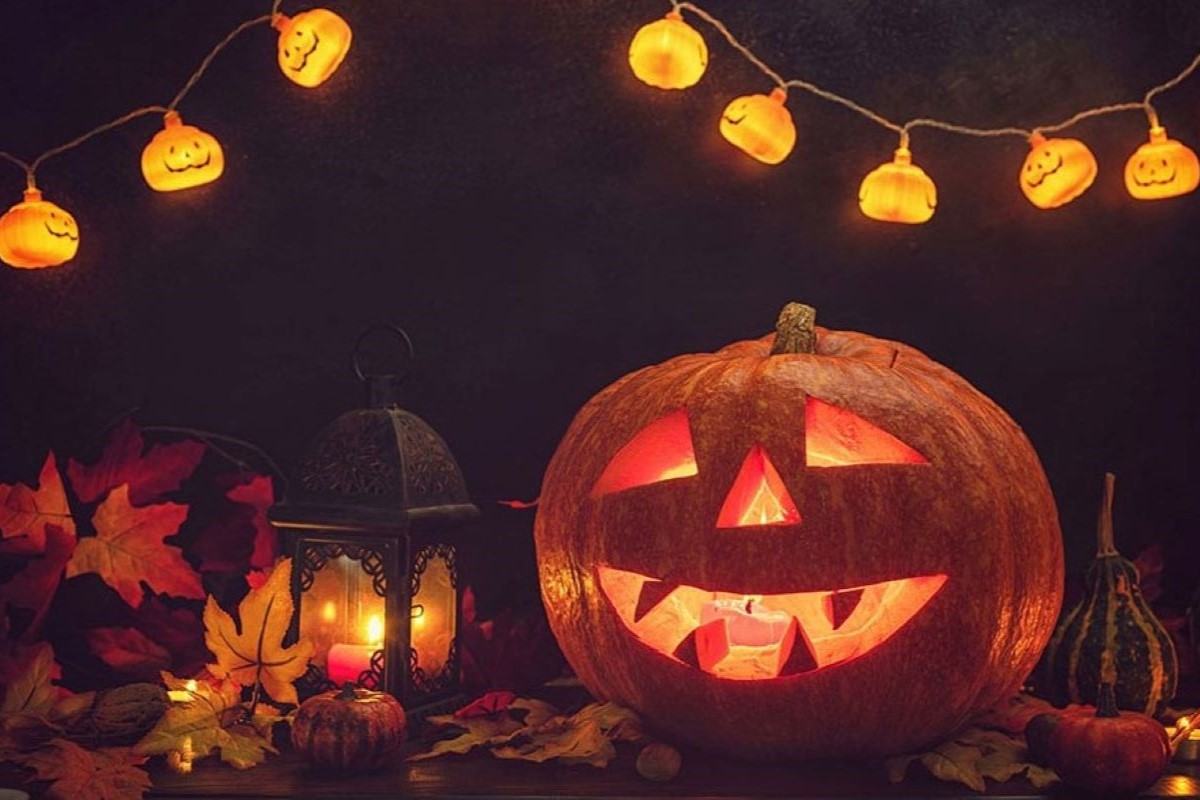 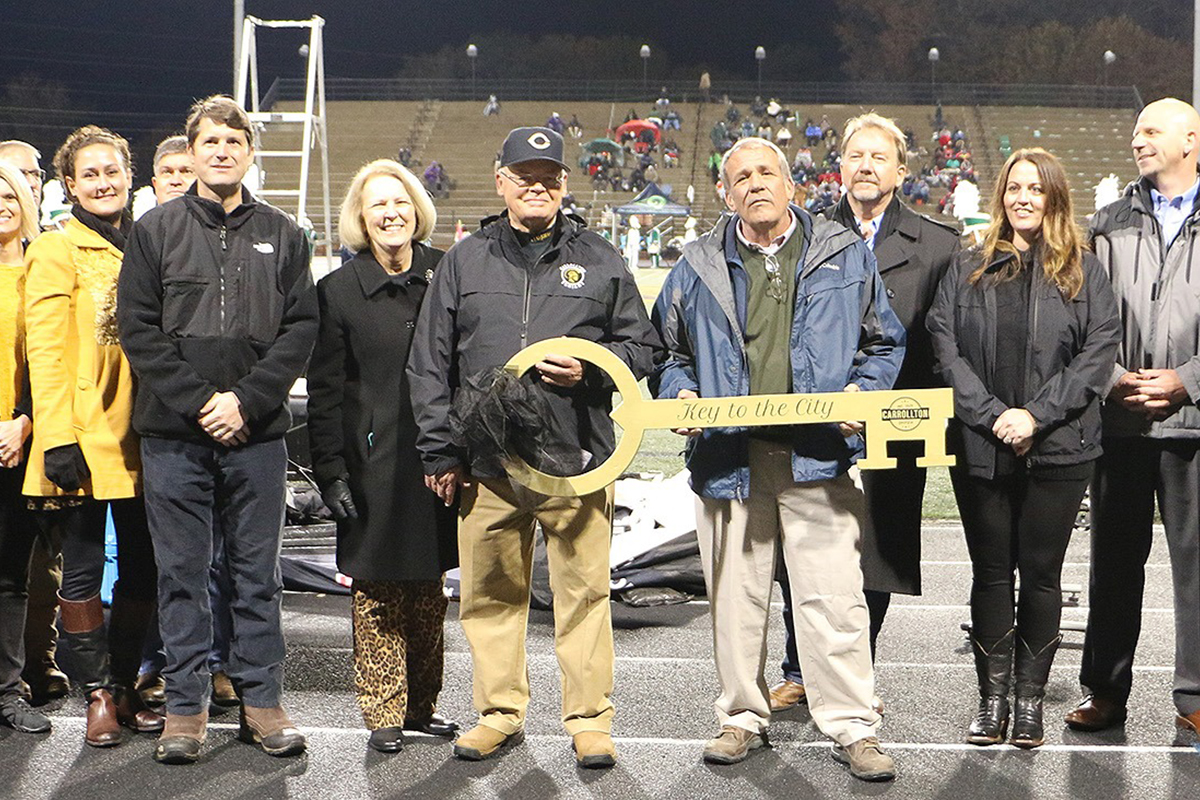